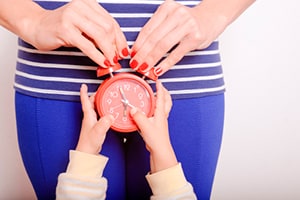 Children are unfortunately at greater risk for abuse and neglect when Stay At Home orders are in place, because they have more exposure to parents and relatives who might mistreat them. Courts have the authority to make decisions regarding child placement. Yet, children usually do not testify in court proceedings. How is evidence in the possession of a child admitted in the course of a court proceeding?

One way for relevant evidence regarding children to be admitted is through a Child and Family Investigator (CFI) or Parental Responsibilities Evaluator (PRE). These court-appointed professionals conduct investigations, and because they are court-appointed neutrals not representing the interests of either party, they can write and testify as to statements made by children.

The CFI or PRE is considered an expert witness, and under Colorado Rule of Evidence 705, may testify as to opinions that lay witnesses can not. The CFI or PRE is also presumed to be an unbiased witness, which adds credibility to their testimony. The expert may be required to disclose the facts underlying their opinion on cross-examination. Experts can testify as to inadmissible facts and data, including hearsay, if that evidence formed the basis of their opinion and is a type reasonably relied on by others in the field.

Statements of a child victim about sexual or physical abuse are a hearsay exception if (1) the time, content and circumstances of the statement provide sufficient safeguards of reliability and (2) The child either testifies or is unavailable as a witness and there is corroborative evidence of the act which is the subject of the statement.

A court may interview a child in chambers and permit counsel to be present at the interview. A record of the interview must be made and become part of the case record unless the Court does not ask the child about their wishes as to allocation of parental responsibilities. The Court has discretion in deciding whether to hear directly from a child or not. Because discussing a matter may be difficult and traumatic for a child, many courts consider the age of the child and the importance of the testimony in determining whether to hear directly from a child.

How does the therapist-patient privilege impact evidence of child abuse and neglect? Sometimes therapists are in possession of relevant evidence, yet there are important protections in place to ensure the integrity of therapeutic relationships, and to encourage patients to confide in therapists without fearing that their confidences will be made public.

If you have questions about parenting time restrictions and evidence, contact Janko Family Law for a free case assessment to determine what your legal options are and how we might assist in resolving your legal issue so that you can put it behind you. We can be contacted at 719-344-5523.