Family Law and the Tax Cuts and Jobs Act of 2017 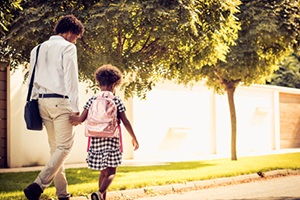 Taxes are a somewhat hidden, yet important component of family law matters. There were some substantial tax changes that impact family law matters in the Federal Tax Cuts and Jobs Act of 2017 which was implemented starting tax year 2018. Following is a brief review of the changes.

There were changes to the Head of Household filing status in 2017. Your marital status at the end of the calendar year determines what tax filing category applies. If you are divorced and the majority time parent, you may qualify for a favorable head of household status. If not, you will file at the single taxpayer rate, which is not as advantageous.

Dependency exemptions were eliminated and replaced by an increased child tax credit. A child tax credit of $2000 is available for children age 16 and younger. The lost dependency exemption was last valued at $4,050 for each qualifying child. If you are entitled to claim your children on your tax return and you believe that the other parent will try to claim them, it is beneficial to file first. The IRS will question the second filer who files for the same tax benefit and that filer will have to establish their eligibility, as only one parent can claim the tax benefits for any given child each tax year.

The maintenance, AKA alimony, deduction was eliminated. Previously, the payor of alimony deducted the alimony payments from his income. The state of Colorado subsequently adjusted the spousal maintenance guidelines to take into consideration the federal tax change. There were no changes to child support. Child support remains non-reportable as income by the recipient and the payor pays income tax on it.

Don’t forget to reassess your tax withholding upon divorce and to review your will, powers of attorney and beneficiary designations as well to ensure that they are updated and reflect the change.

Are you looking for a divorce and family law attorney in Stapleton, or Aurora? At Janko Family Law, we understand how to assist families in difficult times. Give us a call for a complimentary case assessment.