In Re the Marriage of Scott Moreland McGee and Ester McGee 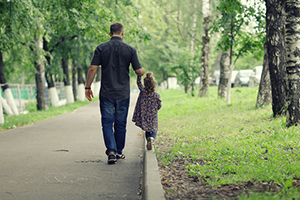 Court of Appeals of Colorado

Issues addressed: child custody for a parent in a foreign country and parenting time (AKA visitation) rights

The father filed a family action alleging that;

Custody to the Mother in a Foreign Country

The court determined that “the law in Colorado is to permit removal of a child from the jurisdiction where it will serve the well-being and future interests of the child.” In this case, the Court affirmed the overseas custody because “the interests of the child would best be served by her being in the custody of the mother” as the child had a stronger relationship with her mother, and was doing well in her Swiss environment.

In contrast, the Court found that two weeks of visitation time was too limited when the father wanted to spend more time with the child and increased the father’s visitation. The Court determined that visitation should be determined based on the best interests of the child rather than as a reward or penalty for a parent. The Court further determined that, “(T)o deny a child an opportunity to know, associate with, love, and be loved by either parent, may be a more serious ill than to refuse it in some part those things which money can buy.”

Why is the Case Important?

Relocation
The case is important because it allowed for relocation of a parent even when that relocation substantially changed the geographic ties of the other parent with the child, finding such a relocation to be in the best interests of the child. This decision sets a precedent for the ability of a parent to relocate after divorce under certain circumstances.

Relocation cases are often difficult because a Court must balance a parent’s constitutional right to travel against the other parent’s interest in involved parenting. In our mobile society, relocation cases are ever increasing and can be some of the most contested types of cases. Parents often may want to relocate due to a new relationship, a new job, or military reassignment. In Colorado, a parent who would like to relocate after a petition involving child custody is filed, or after an order is issued must have either the consent of the other parent or a court order.

This case sets the stage for Colorado’s belief in the importance of both parents’ substantial involvement in their children’s lives to the extent that they desire and firmly establishes the “liberal visitation standard.” It also makes clear that visitation should be set based on the best interests of the child and not as a reward or penalty for a parent. This case reinforces a child-focused approach and a child’s right to a meaningful relationship with both parents to the extent possible.

When it comes to choosing an attorney to represent you, the choice is very personal. If you have any questions about your situation, please do not hesitate to call 719-344-5523, or use the online contact form.