In re the Marriage of Zander - Marital Property Division 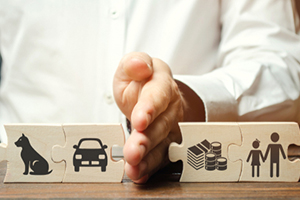 Colorado law is set forth in caselaw as well as in statute. Caselaw is the documentation of appellate court decisions involving disputes of fact or law over trial court decisions and often interprets statutes. The following case addresses the division of marital property and whether certain verbal agreements relating to property are enforceable.

The husband contended that under the Colorado Marital Agreement Act (CMAA) only written and signed marital agreements are valid and enforceable and that the act superseded general contract principals. The Court of Appeals agreed. The Court noted that the primary goal in statutory interpretation is to find and give effect to legislative intent. A court first looks to the plain language of the statue, and if there is a conflict between statutory language, a court should adopt an interpretation that harmonizes both provisions.

Janko Family Law - Is it Time For a Change?

Divorce and family law matters are difficult to navigate alone. With offices in Colorado Springs, we can guide you through the experience by handling pleading and motion preparation and filing, negotiation, mediation, and court proceedings from start to finish. This allows you to focus on moving forward to a better future rather than on trying to figure out how the overly complex court system works. Remember that change often creates new opportunity and a better future. Janko Family Law can help ensure that your best interests and the best interests of your family are protected. Contact us at 719-344-5523 or complete our online form to set up a free thirty-minute informational consultation.