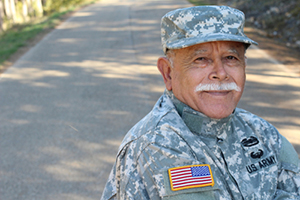 Military pension division has changed substantially in the past few years and has become more complex due to changes in federal law. In the National Defense Authorization Act for Fiscal Year 2017 (NDAA), Congress required a uniform method of pension division that applies to all states. Previously military pension division had been governed primarily by state law and consequently there was a variety of ways in which pensions were divided. The primary impact of the changes is on servicemembers who divorce while still serving. It does not impact those who divorce and divide property after retirement.

The major change is that divisible military retired pay is frozen in time to that attributable to the rank and years of service of the military member as of the date of divorce. In most states the payments to the former spouse are postponed until the servicemember retires. In fact, a traditional military pension is only vested and received if a servicemember reaches at least 20 years of service. Previously, a spouse could benefit from promotions and years of service occurring after the divorce but prior to retirement. The change reduces the retirement benefit for former spouses whose military spouse has not yet retired at the time of divorce.

The only increase afforded to former spouses now is any annual cost-of-living adjustments occurring between the time of the court order and retirement. The parties can not use another division method by consent. However, parties could agree to a higher award of spousal maintenance to compensate if they choose. A court can also consider the lower amount of retired pay now awarded to a spouse for purposes of equitable distribution.

The “frozen benefit” division is expressed by the “hypothetical clause” for purposes of retirement division orders, which can be complex to draft. Expert valuators are now sometimes required to testify as to the facts, the federal statutes and rules, and how the frozen benefit rule operates in contested cases. Experts are also often needed to draft the division order. Specific information is required from the military service to value the pension and draft the order.

To divide uniformed services retired pay, in most cases, the court must know the “High Three” amount for a servicemember at the date of divorce. High Three is the average of the servicemembers highest three years of continuous compensation. That is usually the most recent three years, however there are some situations where a servicemember’s pay fluctuates due to demotions or similar occurrences and the High Three could be an earlier set of years.

The High Three amount can be determined by calculating 36 months of pay from military Leave and Earnings Statements or obtaining a summary transcript from the Defense Finance and Accounting Service (DFAS). The amounts can also be found on public pay scales. Once the information has been obtained, a military pension division order (MPDO) can be drafted or the division provisions can be placed in the divorce decree or incorporated into a stipulated settlement.

In cases where the parties have been married for ten years that overlap with ten years of military service, DFAS will directly pay the spouse his or her share of military retired pay. In order to do so, DFAS requires that the following information:

Are you looking for a Family Law Attorney who understands the military? At Janko Family Law we served and understand the military and the unique aspects of military divorce. Give us a call for a complimentary case assessment at 719-344-5523, or fill out our confidential online intake form.