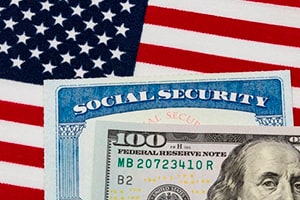 There are many unique aspects of military divorce and family law - survivor benefits included. The Survivor Benefit Plan (SBP) is a form of insurance policy for military retirees, protecting a beneficiary upon the retiree's death. It is purchased with a monthly premium and results in a monthly beneficiary payment from the Defense Finance and Accounting Service (DFAS) in the event of the death of a retiree. Without SBP if the retiree dies, then the spouse or former spouse will lose their portion of the retirement income in cases where the retirement was divided as property between the parties in a divorce, AKA dissolution, in Colorado.

The parties can agree to coverage in a dissolution matter or family courts can require a service member to provide coverage for a former spouse under the SBP. However, the retiree can only have one beneficiary. This means that if the former spouse is covered, a new spouse or family can not be covered. This can, of course, create conflict between a servicemember's former family and new family. The SBP is a very valuable benefit as it is a continued income stream until the death of the retiree. Children can also be covered, either individually or through a parent. If child coverage is elected and a spouse or former spouse is also covered, the children must be the children of the covered parent. Thus if a former spouse is covered, the children from a new family can not be covered.

When Spouse or Former Spouse and Children Are Covered

Eligible children receive the annuity in equal shares, and in the event of a child's death or eligibility loss, the remaining eligible children divide the deceased child’s benefit equally between themselves. The premium for the children's portion is very affordable, sometimes as low as a few dollars a month. The premium amount is calculated based upon the ages of the servicemember, the former spouse, and the youngest child.

SBP is an important consideration in Colorado military divorce and should not be overlooked. If not addressed at the time of property settlement, SBP coverage for a former spouse is waived.

Janko Family Law - Is It Time for a Change?

Divorce and family law matters are difficult to navigate alone. The court system is more complex than it should be. With offices in Colorado Springs, we can guide you through the experience by handling pleading and motion preparation and filing, negotiation, mediation, and court proceedings from start to finish. This allows you to focus on moving forward to a better future rather than on trying to figure out how the overly complex court system works. Remember that change often creates new opportunity and a better future. Janko Family Law can help ensure that your best interests and the best interests of your family are protected. Contact us at 719-344-5523 or complete our online form to set up a free thirty-minute informational consultation.