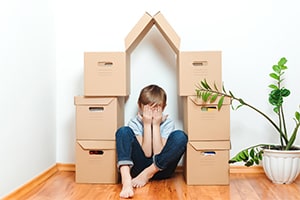 Now you are set, the Court has issued orders so the allocation of parental responsibilities is in the past. Or maybe not? Life goes on and things change. It is not unusual for a party with primary residential custody to consider relocation at some point. After all, we live in a mobile society and people often move for professional opportunities or with a new spouse or significant other. In Colorado in order to relocate children after an initial filing for allocation of parental responsibilities, a party must have the consent of the other parent or a court order allowing the move. The legal standards differ for initial determinations and modifications.

The standards are different for initial determinations and modifications. Divorce and family law matters are covered by state law and state laws often differ.

For an initial Colorado determination, the Court must accept each parent’s choice of residence and a parenting plan is fashioned around those choices. This differs from some other states, such as New York, where courts do not have to accept a parent’s initial choice of residence.

However, in Colorado after the initial order is issued, the Court does not have to accept each parent’s choice of residence with regards to a modification of the initial order. For a modification, the Court will use the “best interests of the child” standard. In a contested proceeding each party has the opportunity to present evidence for or against a proposed relocation.

The Court must balance the constitutional right to travel with the right of the non-majority-time parent to have substantial interaction with his or her child. The Court considers several factors in making this determination. Relocation decisions are some of the hardest family law decisions that a court has to make.

A majority time parent petitioning for relocation must present specific information about the child's proposed new living circumstances and a plan for modifying parenting time as a result of the move. The minority parent may:

In Spahmer, a mother wanted to relocate with her daughter prior to an initial order establishing parenting rights. The trial court did not allow it and ordered the mother to seek employment and housing in Colorado. On appeal, the Colorado Supreme Court overturned the trial court's decision deciding that for initial determinations a court must accept a parent’s plans regarding where they intend to live and allocate parental responsibilities around those plans.

Parental discretion is not as broad for modifications however, and a party can be ordered not to remove the children from the state. In Ciesluk, the Court determined that for a modification request both parents equally share the burden of proving what parenting time plan and child custody arrangements will serve the best interests of the child. Based on this analysis, a petitioning parent may or may not be permitted to relocate with children.

If you are looking for assistance with turning family law challenges into opportunities, contact me at 719-344-5523, or by using the online contact form. I am looking forward to navigating a route with you.